Introduced back in 2017 as Volvo’s flagship the S90 is Volvo’s big body sedan but by looking at it you wouldn’t expect it to be as big as you once thought. The lines and just the overall look is so proportionally correct it’s hard to see just how big the S90 is. For 2018, all S90s are now stretched as they are only offered in the extended wheelbase version. With 4.7 inches added to the wheelbase and 4.5 inches of that goes towards the rear legroom making this sedan longer and just that much more luxurious.

Looks wise, the S90 is pretty conservative but the design language is great. A chiselled front end with elegant lines makes this big sedan quite attractive. Volvo has always been great at designing cars, well generally bricks but nowadays all the new Volvos are more attractive than ever.

Slipping inside the S90 and you’re bathed in luxury, from leather to open-pore wood there’s everything one would need from a luxury vehicle’s interior. Let’s start with the steering wheel. Volvo managed to fit a square within a circle, it’s unique and actually looks very nice. Above all, the steering wheel is heated. Sure even some economy car has heated steering wheel but the S90 has 3 stages allowing for the best glove-off experience. Behind the wheel, the cluster is fully digital and it’s customizable with different looking gauges as well as adding the map to the centre just so that one will not get lost.

Moving over to the infotainment system, it’s just as nice. With a high resolution vertically, mounted display it houses the car’s entertainment and climate control settings. Featuring Apply CarPlay and Android Auto it has all the bells and whistles that one comes to expect. Not only does it look good it also sounds great. The 14 speaker Bowers & Wilkins sound system are all mounted and configured in a way to deliver an experience similar to what you would find in a concert hall. The only downfall would be the delay when initially turning the car on. Adjusting the climate control or the heated seat function requires a minute wait before everything loads. 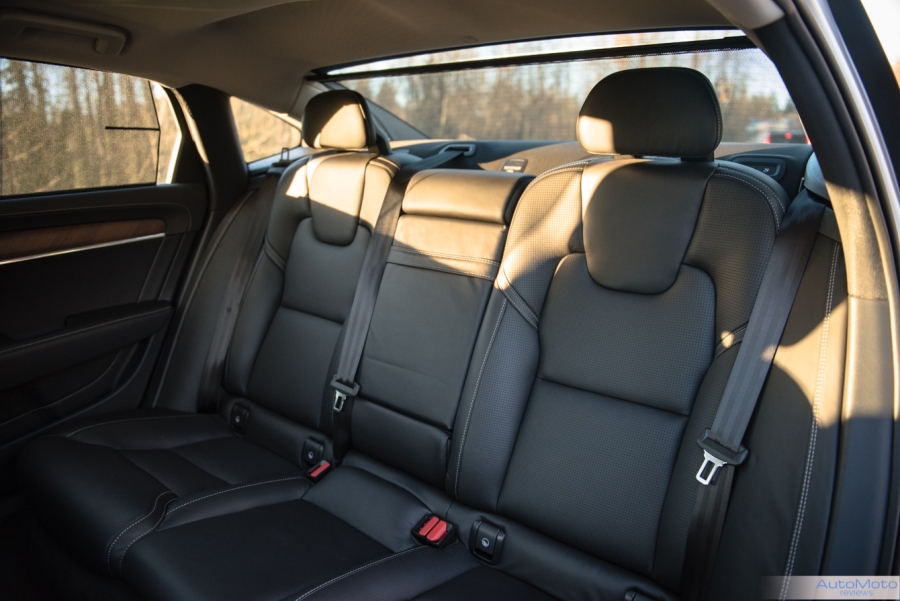 But while driving none of that really matters as the seats of the S90 are not only comfortable but these optionally adjustable seats also have adjustable side bolsters as well as extendable thigh support. Adding to the luxury package we can even turn on the massagers. Best yet, if you’re not sure if you’re cold or warm you can enable both the heated seats and the ventilated seats at the same time. As for the back seats with the optional packages tacked on, we can have heated as well as ventilated seats and even the centre armrest can be heated. The passenger side rear seat can also adjust the front seat remotely with buttons on the door, pushing the front seat up allows the rear passenger to get even more leg room to stretch out.

Dynamically the S90 is much more agile than you may think. With light steering, the car can easily be maneuvered in and out off traffic. The suspension is nice and soft and there’s even optional adjustable air suspension with active chassis control that can stiffen up the car when needed. Power comes in nice and strong from a relatively small engine, the T6 is powered by 2L 4 Cylinder powerplant has both turbocharging as well as a supercharger to deliver 316 hp and 295 lb-ft.  There’s also an optional T8 engine which is still a 2L turbocharged and supercharged 4 cylinder but it adds a hybrid battery and electric motor bumping power output to 400 hp and 472 lb-ft of torque. Sadly this tester is just the T6, but it has more than adequate power and it comes in nice and strong. There’s rarely a moment when you can feel the power drop between the two force induction methods. Something I did notice was the hint of supercharger whine during acceleration, no it’s nothing like that found on a ZL1 Corvette but it still can bring a smile to your face. Surprisingly with the mass and forced induction, the fuel consumption didn’t suffer all that much. Averaging around 12L/100km in the city is quite comparable to the competition. 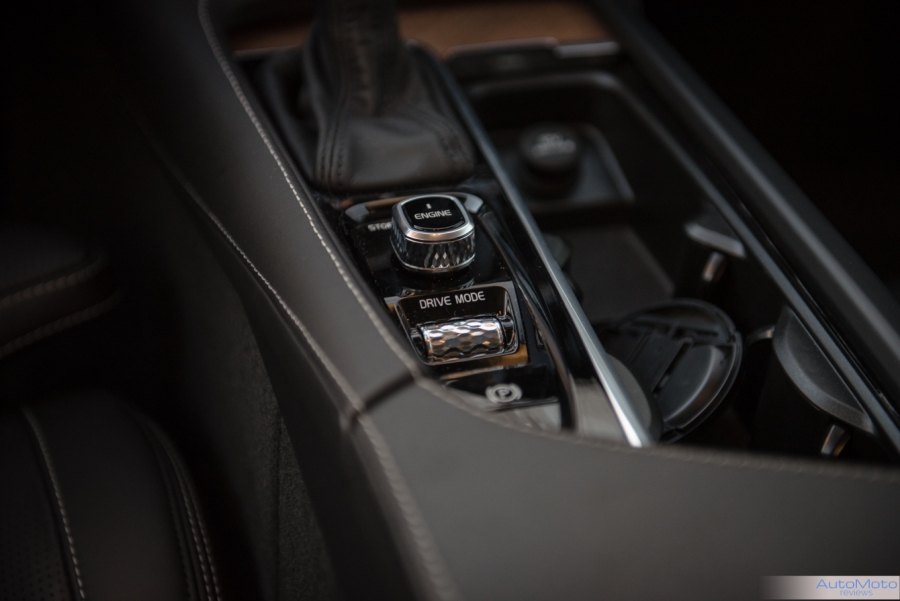 Overall the S90 is just the flagship Volvo has been after. It’s large and in charge with all the creature comfort that one needs. Pricing isn’t bad neither, starting at $66,150 price as tested is at $71,065 it’s a great deal considering most of its competitors are priced much higher. 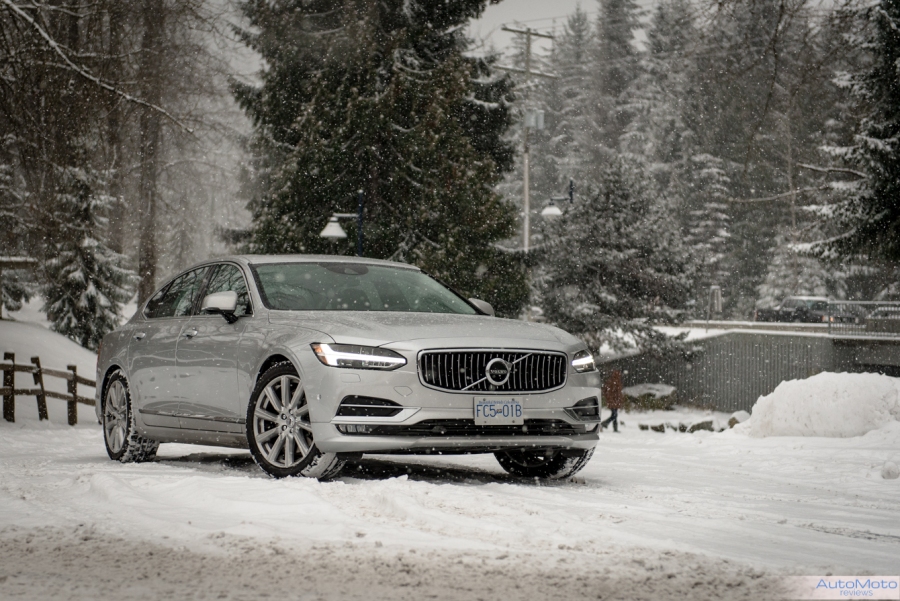 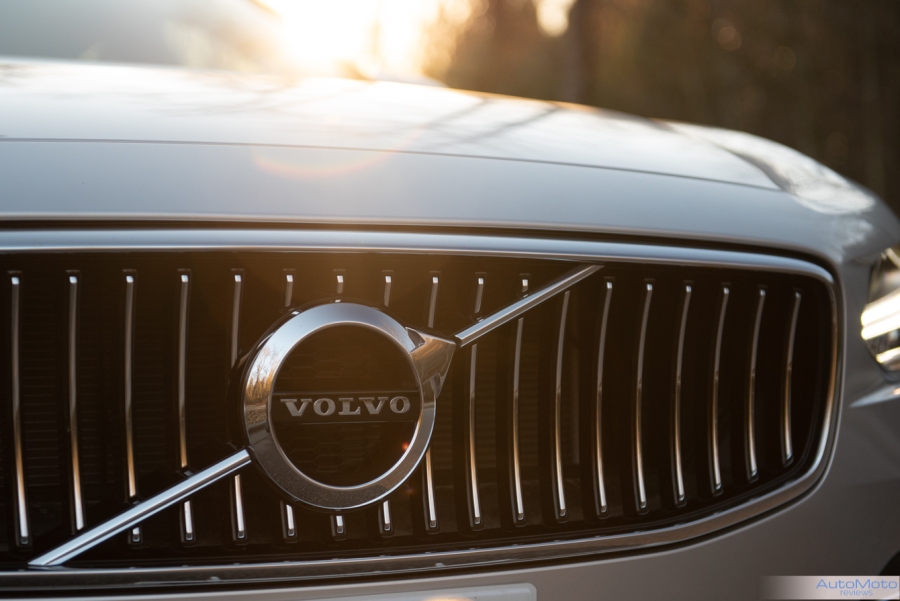